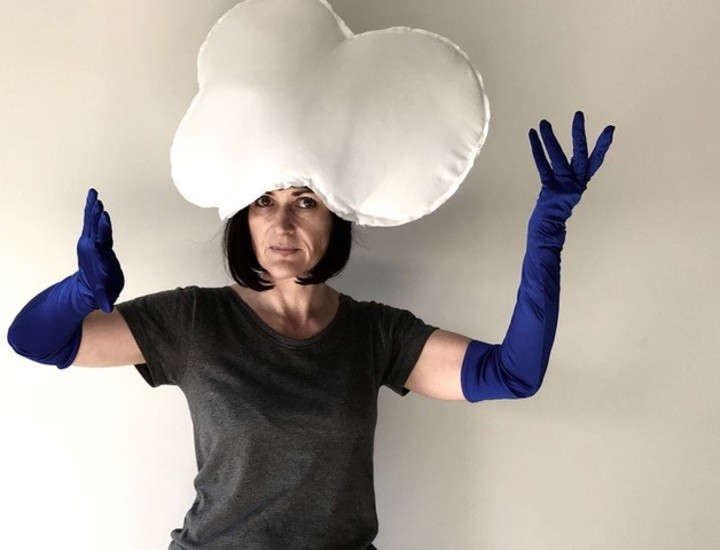 LULLABUB is a new production with Theatre Hullabaloo with Anna as Devisor & Director and working with Emma Park as Movement Director.

"The new show that I’ve asked Emma to be movement director on is a show called LULLABUB - for babies - two versions - one for 0-12 months and one for 13-30 months.  It’s a journey into sleep and fantastical dreams full of complex harmony singing, lights and textures.  And jellyfish.  We’ve just finished a week of initial development and I’ll be coming to Imaginate at the very beginning of rehearsals.  One of the things I like to have in my babyshows is things that people don’t expect to be in shows for babies - like complex harmony singing.  And one of the reasons I wanted to involve Emma was that I was really interested in exploring the vogueing and waacking that she does and having some of those kind of unusual movements in the show, probably in the section where the cast are wearing the costume that I’m modelling!  So it’s main connection to the lab is the new working relationship with Emma.  But I’m also really aware now in my baby work that I try to create worlds that are ‘beyond gender’ and that, as part of the child protection information that I talk through with the cast, I now include being aware of not making gender-stereotypical remarks (‘what a big strong boy he is’, ‘look at her pretty shoes’) when talking to the parents in the meet and greet and aftershow sections and that they don’t make any assumptions about babies’ gender by their appearance.  In general, I like to make work where ordinary objects become extraordinary and where there’s a range of meanings for an action/an object, a plurality that goes beyond the binary of correct/incorrect."