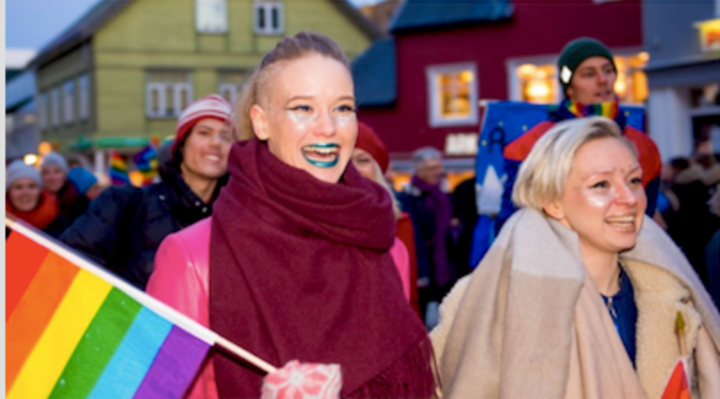 Mari Bø was one of 14 artists to attend the Gender Lab, some of the questions that came up had a significant impact on Mari who decided to explore academic study options on her return to Tromsø.

"I am currently studying «Gender and Equality» at the Univesity of Tromsø – The Arctic University of Norway. I applied for this programme some months after the PUSH Lab was finished, because after the Lab I had a lot of questions and thoughts about gender, gender identity and what being a woman entails. I wanted to take some time and explore these questions further, because it was something that I felt was important for me personally, but also something that I thought might be interesting to explore in my artistic work.

The idea was to get a bit more information and academic insight in the field. During the Lab it felt like we started at one place, and a week later the original questions and thoughts were totally different. I thought that the questions I would ask after a year’s study would be more interesting and informed, than they would be if I had no knowledge of the ongoing research. That said, I do not think that you have to study gender and equality to generate important art around the subject, but for me, it felt important.

The programme consists of three different subjects each semester. Last semester I had “Equality” (different ways of looking at and working with equality in society), “Gender and society” (a bit more concerned with legal issues and different theories of justice) and “Witchtrials” (historical subject that looks at how misogyny developed into witchhunts around Europe, and how gender played an important role in the trials).

This year I have “Feminist philosophy” (dealing with different feminist philosophers and their theories), “Female kings. Queens and regents” (historical subject that looks at different female queens, regents and kings, and how they exercised and achieved power) and “interdisciplinary gender studies” (dealing with different fields of art, literature and film, how they portray gender and how ideas about gender influences fine arts and culture).

The programme is very interesting, dealing with both historical and contemporary thoughts and ideas about gender in different ways. We have even been working with how infrastructure and city planning influences the how inhabitants move around the city, how public spaces are often constructed in a way that is unbeneficial towards women. The field is so big and encompassing, and this programme allows me to find different ways of looking at the world, ways that inspire me to make important art.

I am currently finishing the programme, and I have applied to a master’s degree in contemporary art where gender will be one of my main focus areas. Even if I am not accepted, the goal is to get accepted into a master’s in two years time. In my master’s I will be focusing on gender, bodies and gender-identities.

In July we will be premiering a new piece, “The dancing body”, that is an interactive dance performance for children around 3-6 years old. I will be dealing with the body and gender identity in a subtle way, focusing in on how different bodies can look, how they can move and how they can interact with other bodies. And I am so excited!! The piece has gotten some funding, so it seems that other people also feel that I might have something to say, and that confirmation feels really good. Regardless of funding or confirmation, I think it is so important to make art that can challenge stereotypical portrayals of bodies, and it is important to show this art to a young audience."