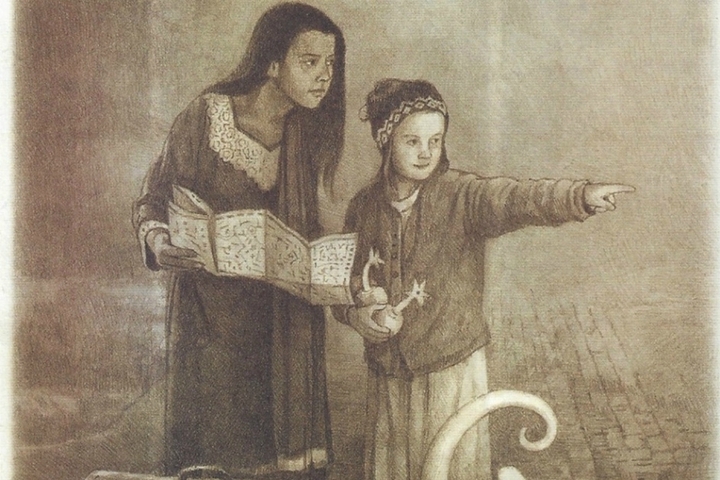 As well as being an independant theatre maker and writer, Jonathan is Creative Director/CEO of Solar Bear, a Glasgow-based theatre company working with D/deaf theatre makers, performers and audiences.  He applied for the Migration Lab partly to explore themes of migration for Solar Bear's new production The Arrival.

"Solar Bear’s major project for autumn 2018, touring across Scotland, is a play inspired by a graphic novel, ‘The Arrival’ by Shaun Tan. It is told entirely through images. There are no words anywhere in the book. It’s the story of a character who makes a journey to start a new life in another country, trying to make sense of the many strange sights and languages he encounters. Aimed at young people, hearing and deaf, in Years S1 & S2, it will form part of a whole-day residency in secondary schools, and tour to community and professional venues.

Our work on this project has been shaped by stories of migration from both Scotland’s past and present: of those who left Scotland in the 19th and 20th centuries to start new lives in Canada, the United States and Australia; and of those who have moved to Scotland more recently, from Syria, Poland, Afghanistan. The story of migration is the story of all of us.

Central to our approach is that we will showcase the talents of deaf actors, and explore the creative possibilities of working in both English and British Sign Language (BSL) alongside visual and physical storytelling. We want to tell this story in a way that works for both deaf and hearing audiences, including those with English as an Additional Language.

We’ve also been working regularly at St Roch’s Secondary School in Glasgow: with a group of 20 deaf and hearing students from a diverse range of cultural backgrounds, testing out ideas and ways of working for our schools residencies that will form a vital part of our tour. For example, how do we work together, or communicate when we don’t share a common language? We plan to create a series of creative interventions in each school we visit; surprises, events and chance encounters that at first might seem strange or hard to decipher; but slowly, as the morning goes on and we move closer to a performance of the show, start to cohere and make sense. We hope these activities (with the actors in role, working across different classrooms) will create a sense of an event, of something strange and special happening.

As well as tour booking, we’re at the early stages of developing the creative plans for the show, working with designer Janis Hart, puppeteer Rick Conte, movement director Ramesh Meyyappan, and our composer Niroshini Thambar – who I met as a direct result of the PUSH Lab."